In this article we will take a look at what 4G LTE is, how fast it is and what speeds you can achieve in 2022. Discover what Long Term Evolution mobile networks mean and what they can do for your global connectivity needs.

What is 4G LTE and why did it replace 2G and 3G networks?

3G networks have been around since the beginning of the new millennium. 3G networks are responsible for the adoption and growth of mobile internet usage around the world.

With the more modern and advanced 4G LTE networks, we can achieve speeds up to 10x faster compared to traditional 3G mobile networks.

New to the term 4G LTE? Learn more about the importance of global internet access and a global connection for M2M-IoT solutions.

What does 4G LTE mean?

What does 4G mean and what are LTE networks? 4G LTE stands for 4th Generation Mobile Networks and Long Term Evolution.

Compared to the older 3G networks, the LTE mobile networks allow many more subscribers to connect simultaneously to the cell towers of the mobile operators.

4G LTE networks are also more stable in terms of quality of the mobile connection and there is less delay.

High upload and download speeds are some of the most significant benefits. Because of the 10x faster speeds than 3G networks,

4G LTE is more suitable for bandwidth intensive applications and use-cases, such as conferencing and video streaming. Scalable 4G LTE networks and speeds are also great for densely populated areas in big cities.

Have you ever wondered how fast 4G LTE really is?

It’s great for business travelers and for mobile internet users because it is widely available around the world. There are affordable 4G LTE data plans for international roaming available, from specialized virtual mobile network operators with global plans and connections.

Because of 4G LTE download speeds of typically 35 Mbps and upload speeds of around 15 Mbps, business travelers do not need to rely exclusively on WIFI networks.

Their networks are also more secure, compared to public and unprotected WIFI networks.

The power of our 4G LTE service

We can also help you design, monitor, and connect your IoT devices to 4G LTE networks around the world, via our specialized IoT industrial SIM cards.

Contact Weconnect to discover what 4G LTE speeds can do for your global connectivity requirements and IoT strategy. 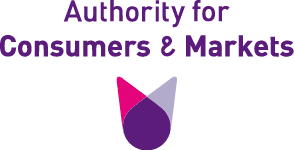